Hongkong Post today (November 2) announced that a set of six stamps on the theme "Hong Kong Special Flora", together with associated philatelic products, will be released for sale on November 16 (Tuesday). Named after Hong Kong, the six species of flowering plants depicted in this set of special stamps recalls the public's connection with nature and encourages people to appreciate and protect this gift of nature.

The countryside of Hong Kong accounts for about three quarters of its land area, offering a spectacular range of mountains, open grasslands and woodlands. A varied topography and the subtropical climate contribute to the rich and diverse plant resources in Hong Kong. With clean lines and bold colours in impressionist strokes, the set of six stamps in this issue illustrates six species of flowering plants which were first discovered in Hong Kong and named after Hong Kong, including Hong Kong Camellia, Hong Kong Azalea, Hong Kong Primrose, Hong Kong Thismia, Hong Kong Hornbeam and Hong Kong Balsam.

Starting from November 16, this set of special stamps and associated philatelic products, including a first day cover (for sale separately from today), mint stamps, a souvenir sheet and a presentation pack, will be put on sale at all post offices, while the serviced first day covers will be available at philatelic offices only.

Information about this set of special stamps and associated philatelic products is available on the Hongkong Post Stamps website (stamps.hongkongpost.hk) and the ShopThruPost mobile app. 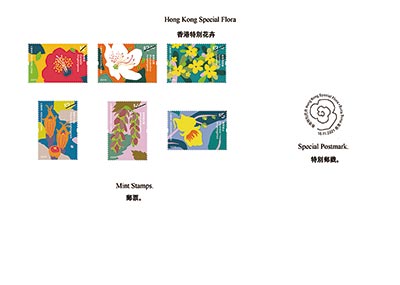 Photo shows the mint stamps and the special postmark. 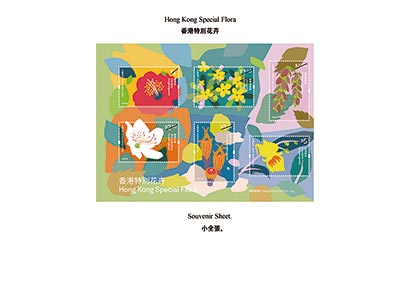 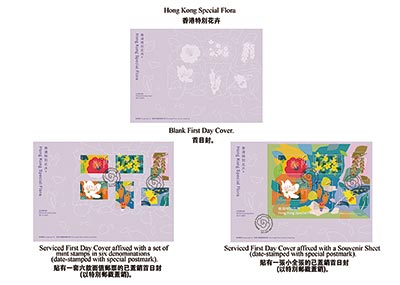 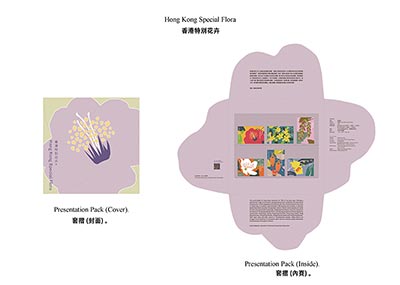