Hongkong Post announced today (July 21) that a set of special stamps with a theme entitled "Games of the XXXI Olympiad Rio 2016", with associated philatelic products, will be released for sale on August 5 (Friday).

The Games of the XXXI Olympiad will be held in Rio de Janeiro, Brazil, from August 5 to 21, making this the first time in Olympic history for the Olympiad to be held in South America, and 206 countries and regions will compete for 306 medals in 28 sports. Hongkong Post will issue a set of Olympics stamps to mark the occasion and to commemorate the participation of Hong Kong, China in this major international sports event.

The background colours of the four stamps in this stamp set - yellow, green, blue and red - are inspired by the five-ring Olympic symbol. Three of the stamps depict the Olympic Games events in which the Hong Kong, China Delegation has previously won or participated, namely cycling and athletics ($1.70 stamp), table tennis and badminton ($2.90 stamp) and windsurfing and swimming ($3.70 stamp). The remaining stamp ($5 stamp) depicts rugby and golf, which are newly introduced for the Games of the XXXI Olympiad. The silhouettes of athletes printed with a hot foil stamping effect convey the sense of speed and energy of the sports world.

Information about this special stamp issue is available on Hongkong Post's website at www.hongkongpost.hk and the Hongkong Post mobile app. 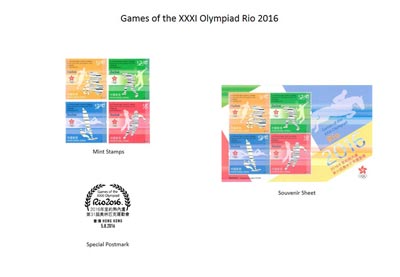 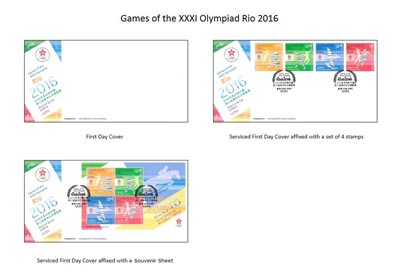 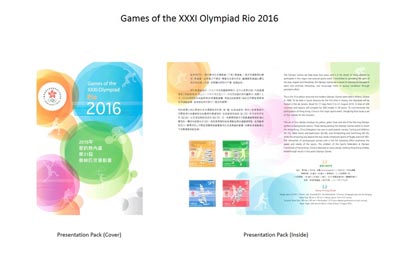 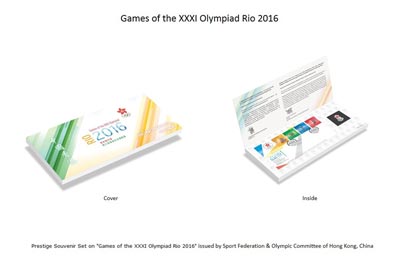