Hongkong Post announced today (April 25) the release of a stamp sheetlet, "World Heritage in China Series No. 5: The Grand Canal", together with associated philatelic products, which will go on sale on May 10 (Tuesday).

Inscribed on the World Heritage List in 2014, the Grand Canal comprises 27 sections with a total length of 1 011 kilometres. Running through Central and Eastern China, it embraces the Sui-Tang Grand Canal, the Beijing-Hangzhou Canal and the Zhedong Canal as well as several major heritage sites.

The Grand Canal was constructed in sections from the 5th century BC onwards. In the 7th century AD, the ruler of the Sui Dynasty conceived of the Grand Canal as a unified inland transportation system for conveying grain and strategic raw materials. Today, the Grand Canal not only serves as a major transportation route, but also plays an important role in communication, irrigation and water supply for the regions it flows through. The Grand Canal has enabled the exchange of supplies between northern China and southern China over the centuries. As the longest and oldest artificial waterway in the world, it testifies to the country's remarkable achievements in hydraulic engineering.

The stamp sheetlet depicts a picturesque view of the Grand Canal in winter snow, featuring scenic attractions along the waterway such as the iconic Gongchen Bridge at the end of the Beijing-Hangzhou Canal in Hangzhou and the Memorial Archway of the Ancient Dongguan Dock in Yangzhou.

Information about this special stamp issue and associated philatelic products is available on Hongkong Post's website at www.hongkongpost.hk and the Hongkong Post mobile app. 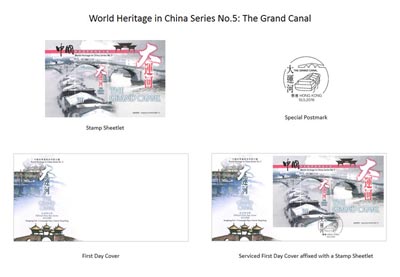 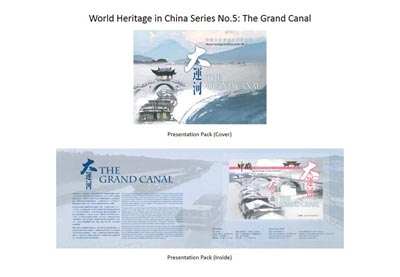