Hongkong Post today (March 12) announced that a set of special stamps entitled "Weather Phenomena" will be released for sale with associated philatelic products on March 27 (Thursday).

Weather is forever changing, and each meteorological phenomenon has its own distinct behaviour. In collaboration with the Hong Kong Observatory, Hongkong Post is issuing a set of special stamps with the theme of "Weather Phenomena", introducing seven common weather phenomena in Hong Kong, namely rainbows, frost, clouds, lightning, fog, rain and typhoons. The stamp issue will help the public understand the changes in our weather.

The stamp on the $20 Stamp Sheetlet is printed in lithography plus lenticular, showing the trajectory of Typhoon Vicente. Typhoon Vicente approached Hong Kong in July 2012 and the Hurricane Signal No. 10 was issued by the Hong Kong Observatory. 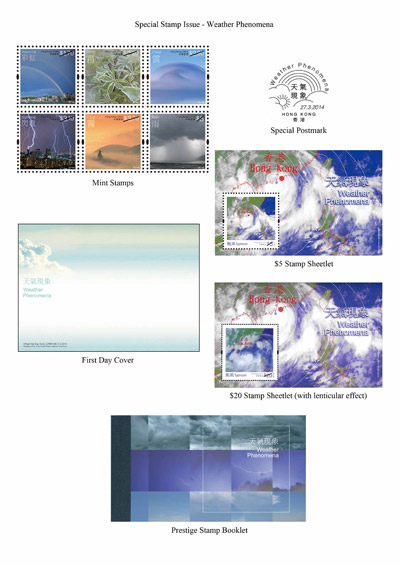 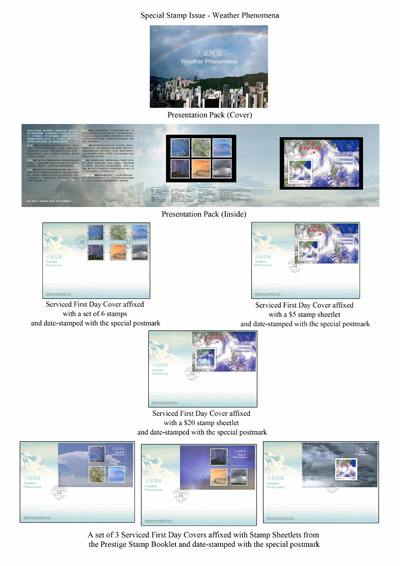